For Years, the four members of the zzips were fierce enemies. Running into each other on a regular basis while busking on various streets in London.

They developed a certain hostility towards each other, arguing over turfs and accusing each other of stealing fans.

This led to several instances of escalating sabotages ranging from drive by guitar string snapping to stolen microphones and even spreading malicious rumours about one another to passers-by.

Despite their shared hatred of one another, they were all aware of each other’s common skills and influences, so one day in 2012, the four realised that they were slowly ruining each other’s lives, and that the only possibility of a peace treaty would be to join forces and create the best band to have walked the surface of this earth.

Keeps Me Looking Up

Taken from The zzips 2nd Album

The Beat Goes On 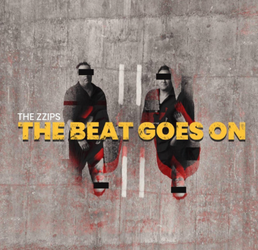